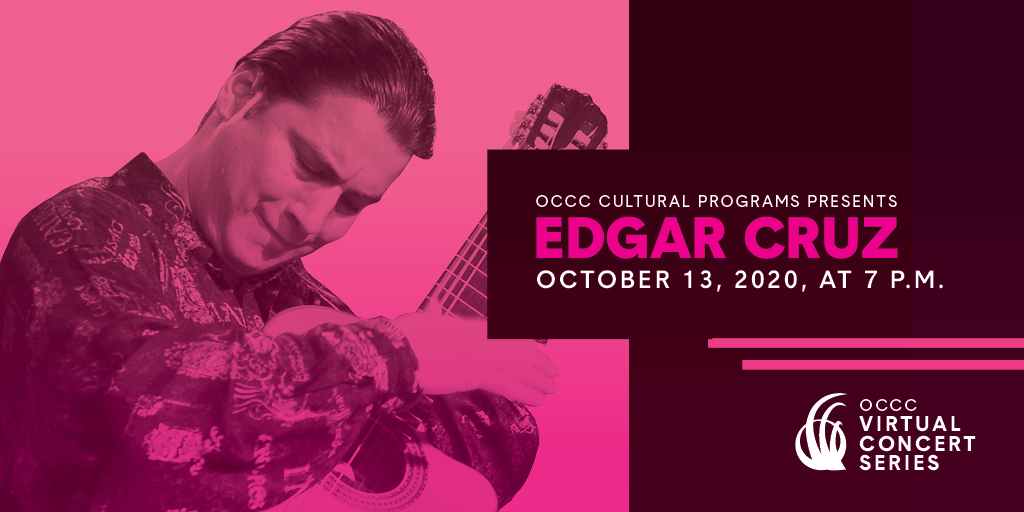 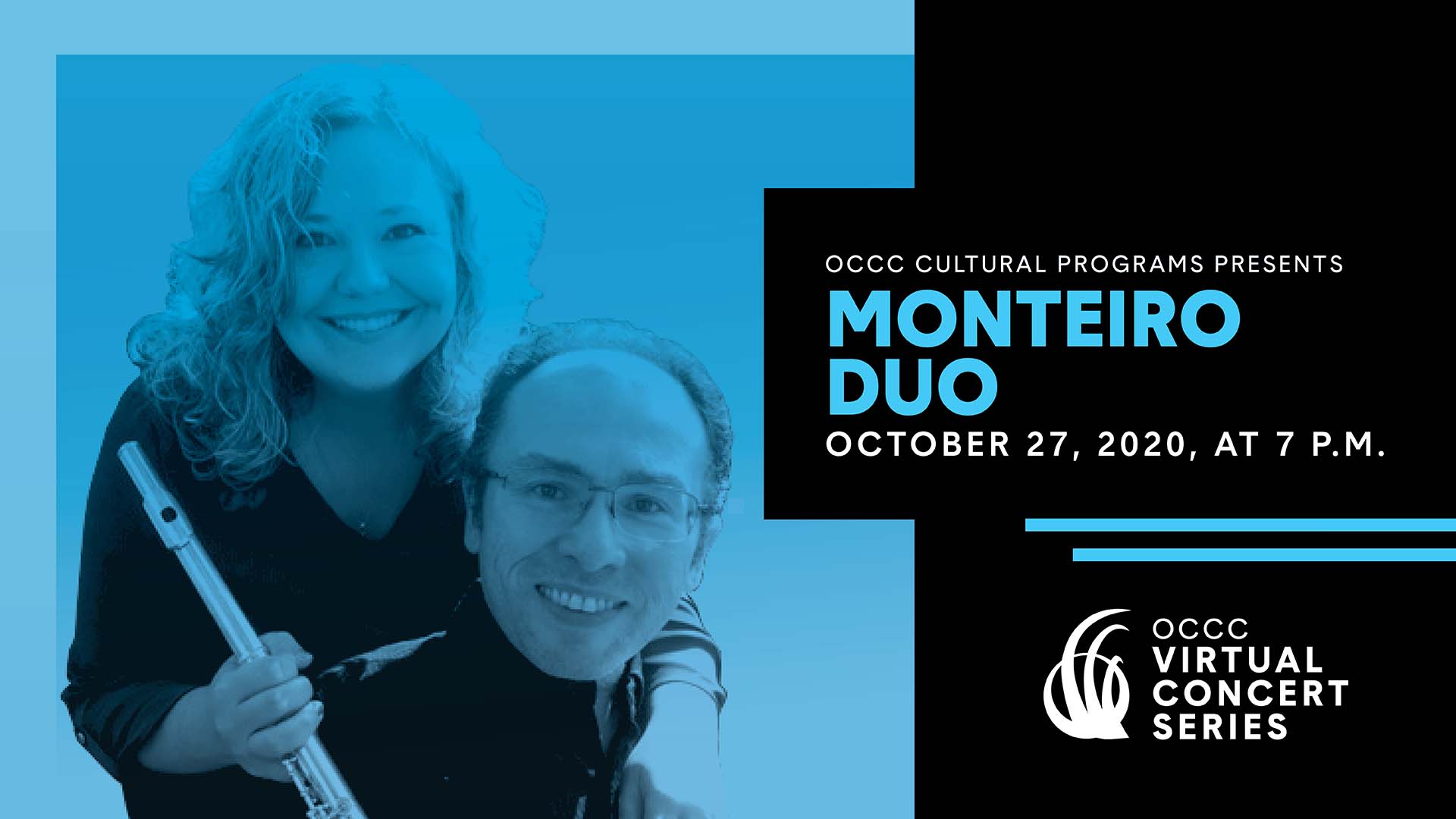 Redemption codes must be requested no later than 24 hours before each event. To request a redemption code, click the button below and complete the form.

Cultural Programs staff will reply to your email with a code you may use to gain free access.

Virtuoso guitarist Edgar Cruz has performed professionally for over four decades and has played throughout America, Europe, Mexico and South America. He has been a headliner at the prestigious Chet Atkins Guitar Festival every July in Nashville since 1995 and has been a strong icon at major art & music festivals in his home state of Oklahoma since the late 70’s. Those who have witnessed Cruz’s performance immediately become entranced at the precision, speed and complexity with which his fingers strike the strings of his guitar to create a symphony of sound unusual to just one instrument.  Cruz offers an incredible versatile repertoire and show with selections like “Malagueña,”  “Bohemian Rhapsody,” “Classical Gas,” “Dueling Banjos,” “Hotel California,” classical, Beatles, original and Latin favorites. Audience interaction, participation, clapping, singing, dancing and “OLE’s” are all encouraged. Edgar celebrates 30 years of recording with 19 CDs covering a multitude of genres and two Award Winning DVDs. He has acquired millions of hits and grateful comments on his You Tube channel. He has two active facebook pages as well as his official website 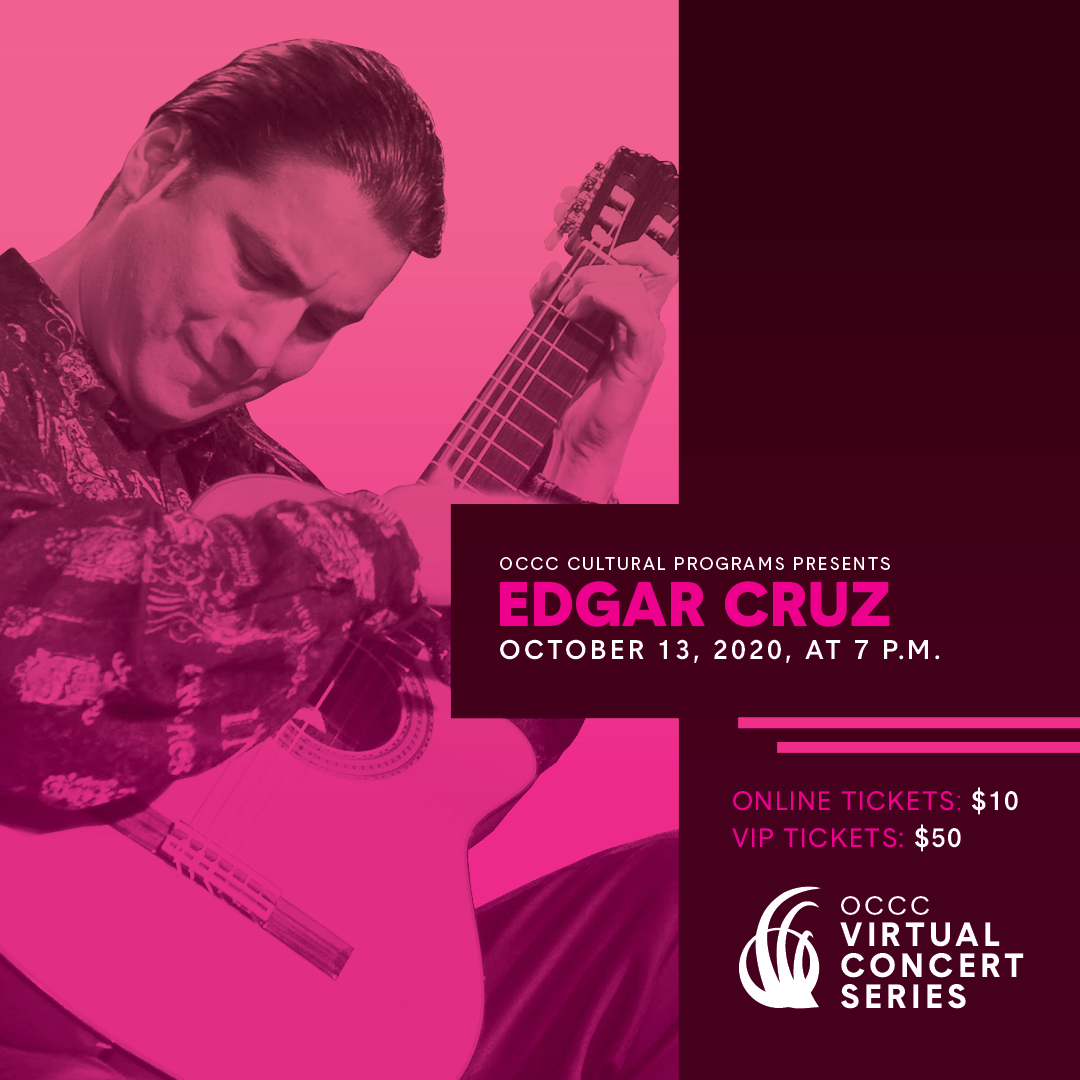 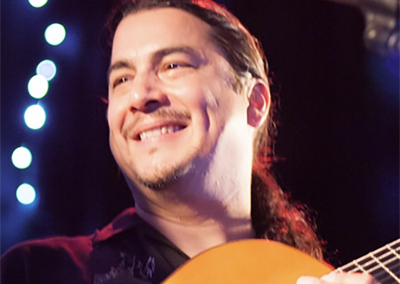 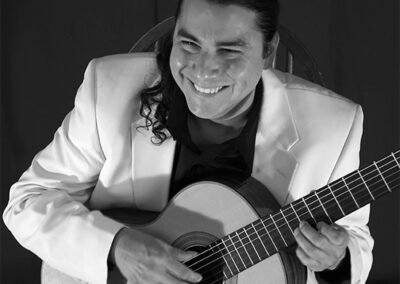 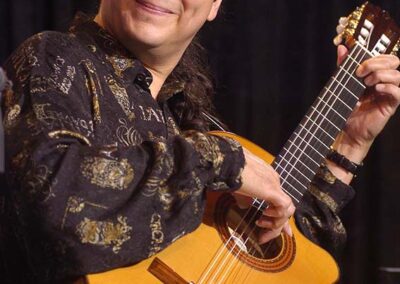 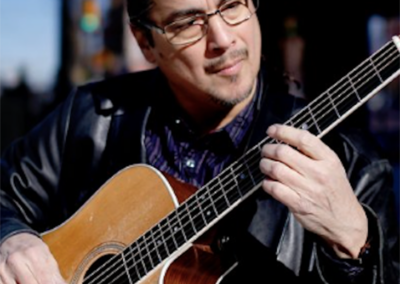